Dr. Najy Zarroug is a board certified Oral and Maxillofacial Surgeon. Dr. Zarroug earned his bachelor’s degree with distinction and honors in Dental Surgery from the University of Khartoum, Sudan.

Dr. Zarroug has presented in regional and national meetings, participated in research, contributed to publications in a wide range of oral maxillofacial topics including orthognathic surgery, bone grafting, temporomandibular joint surgery, oral pathology, and dental implantology. He has also participated in medical mission work providing care for patients with cleft lip and palate. Dr. Zarroug is a member of the American Association of Oral and Maxillofacial Surgeons, the American Dental Association and the Capital Area Dental Society.

Dr. Zarroug was born in Los Angeles California. He grew up and lived in different cities inside and outside the United States before coming to central Texas. Dr. Zarroug enjoys hiking, traveling, and spending time with his family. Impacted wisdom teeth or those that do not fully emerge from the gum line must be removed to prevent oral infections or damage to adjacent teeth. We can remove your wisdom teeth quickly & safely.

Various types of changes can occur in the lining mucosa of the mouth. We are asked frequently to evaluate patients for changes in the mouth, in the salivary glands, and in the bone of the upper and lower jaws.

Otherwise known as orthagnathic surgery, corrective jaw surgery is necessary for individuals with misaligned jaws. Jaw surgery can improve your ability to chew, speak and breathe, while also reducing pain.

If you have lost several teeth, you should consider dental implants to enjoy all of your favorite foods, restore your appearance and preserve your facial structure.

In addition to oral care, we provide effective jaw disorder and sleep apnea treatments to help our patients breathe easier through the night. Solutions include corrective surgery.

Patients with significant jaw pain may be suffering from temporomandibular joint disorder. We offer effective non-surgical options to manage the condition and can perform surgery if necessary.

When the quality and quantity of bone is inadequate for the placement of dental implants, the deteriorated bone must be replaced. 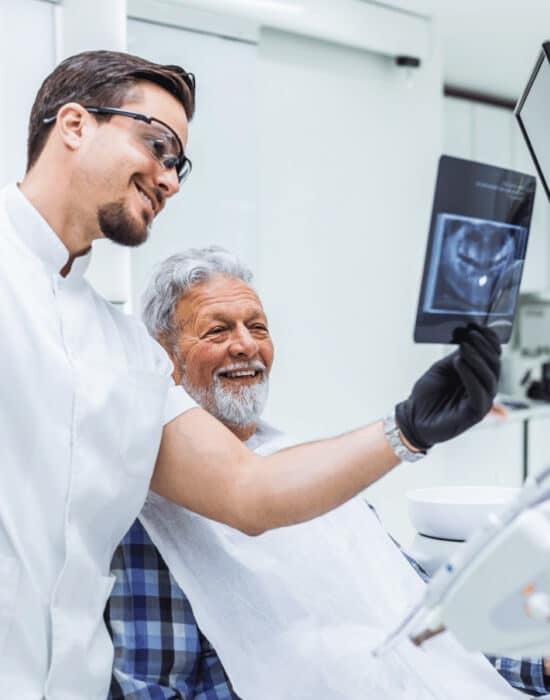 A great smile is worth protecting.